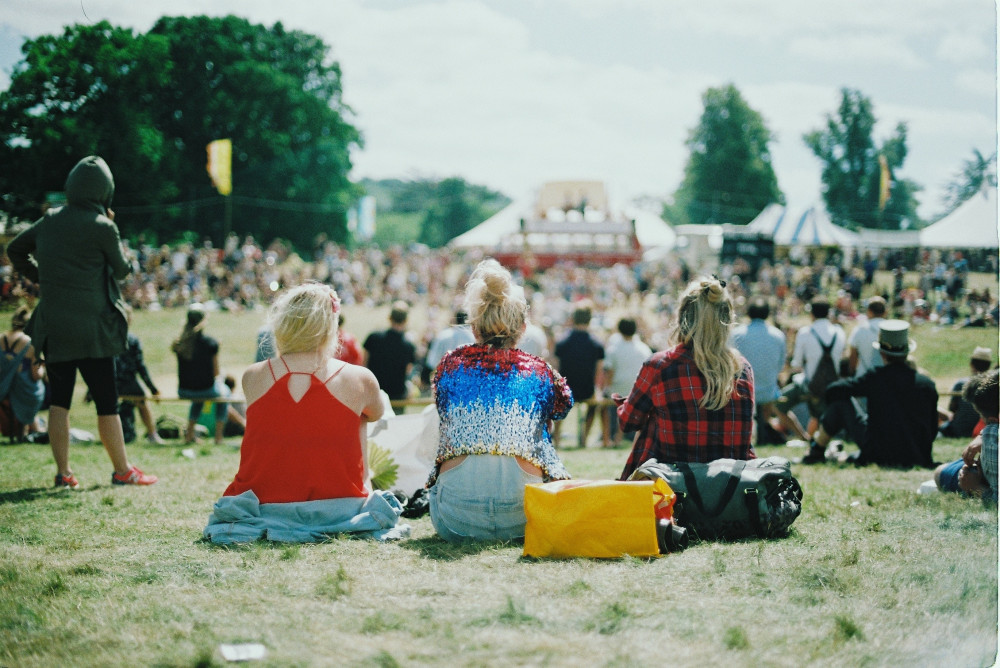 Welcome to What's On in Letchworth and Baldock ahead of the weekend.

If you or someone you know is organising an event don't forget to nub it for free in our what's on section here.

Just click the black 'Nub it' button, fill in the form and click submit, it should only take a few minutes to complete - and you'll also be included in our weekly newsletter too!

Browse our Letchworth What's On section - and remember – you can add your event for FREE using the 'Nub It' button.

Letchworth is gearing up for a brilliant, family friendly festival this weekend.

The eagerly-awaited event in the heart of our town will feature live music, food stalls and a convivial atmosphere, with a large number of town centre businesses welcoming visitors. 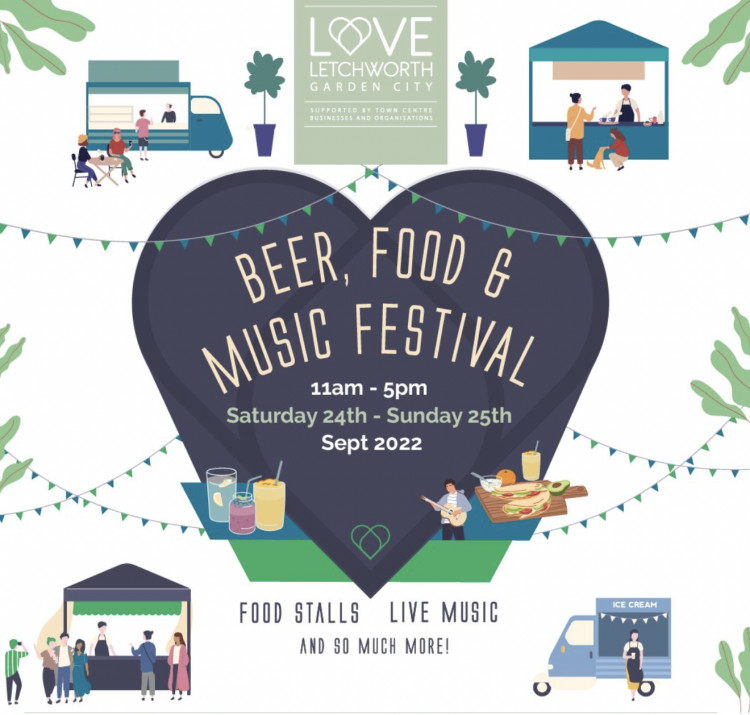 Near and Far: New Works by Vanessa Stone

Near and Far: New Works by Vanessa Stone opens on Saturday (September 24) at Museum at One Garden City.

Previewing her event, Vanessa said: "So here it is! I am delighted to announce a new solo exhibition of completely new Letchworth pieces that opens [on Saturday].

"I have been making these works since the beginning of 2022 and have been longing to properly show them. You all know how much I love Letchworth and its buildings.

"Moving away hasn't really dented that - there is a magnetic pull that never seems to go as I suppose there are so many memories there and the buildings and spaces are beautiful."

The talented creative adds: "I will be there on the opening day from 11am til 3pm so I would love it if you would come and say hello and make my day."

Near and Far: New Works by Vanessa Stone 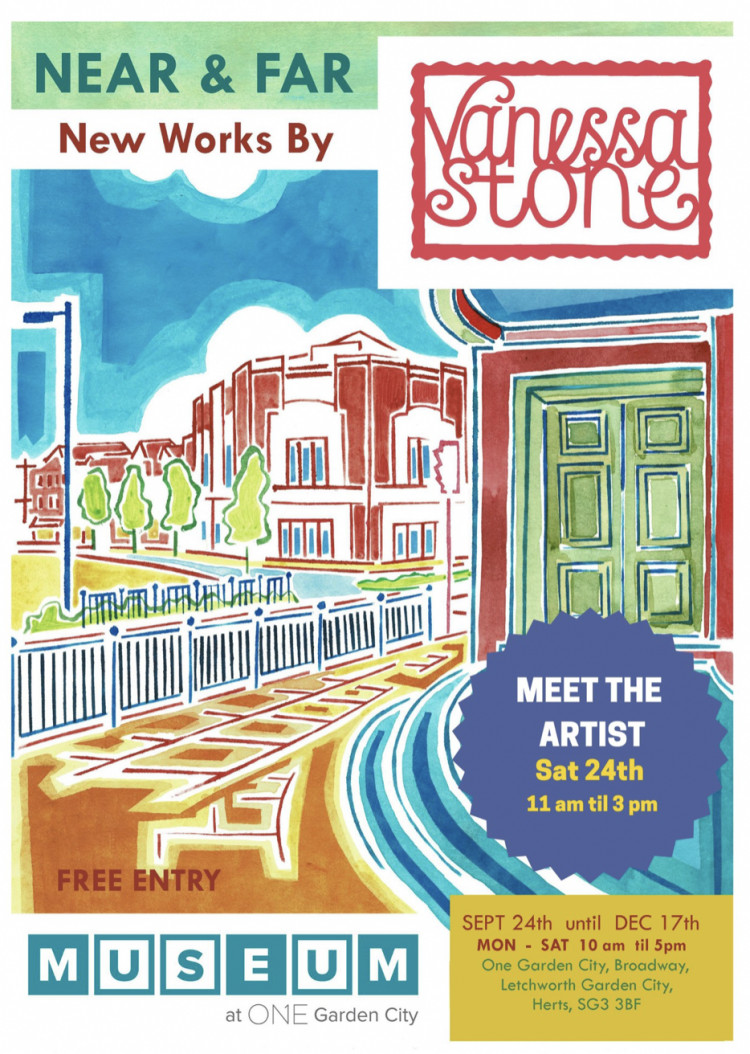 This special must-visit exhibition in the Museum at One Garden City explores the fascinating life and work of one of Britain's most influential designers, at Ogle Design in Letchworth and beyond.

Drawing on items from the Garden City Collection, the V&A Museum, donations from former Ogle employees and Tom's own extensive collections, the exhibition aims to capture a sense of Tom's charm and ingenuity in design.

No need to book, just pop in whenever you're passing! 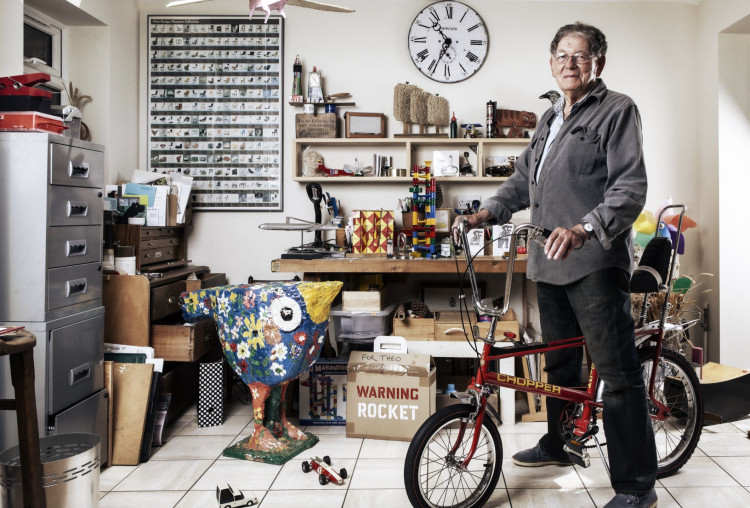 TINKER BELL AND THE PIRATE FAIRY (2D) U

Part of our Female Leans & Directors season. When a misunderstood dust-keeper fairy named Zarina steals Pixie Hollow's all-important Blue Pixie Dust, and flies away to join forces with the pirates of Skull Rock, Tinker Bell and her fairy friends must embark on the adventure of a lifetime

MINIONS: THE RISE OF GRU U

Part of our Female Leads & Directors season. A young and parentless girl adopts a 'dog' from the local pound, completely unaware that it's supposedly a dangerous scientific experiment that's taken refuge on Earth and is now hiding from its creator and those who see it as a menace.

TICKET TO PARADISE 12A

SEE HOW THEY RUN 12A

In the West End of 1950s London, plans for a movie version of a smash-hit play come to an abrupt halt after a pivotal member of the crew is murdered

When a self-destructive teenager is suspended from school and asked to look after his feisty alcoholic grandmother as a punishment, the crazy time they spend together turns his life around

After a space merchant vessel receives an unknown transmission as a distress call, one of the crew is attacked by a mysterious life form and they soon realize that its life cycle has merely begun

Imajica Theatre are running an exciting music project for 11-17 year old starting during the summer holidays and continuing after school on a Tuesday.

Come and learn some new skills, from songwriting to storyboards to filming and producing a music video...

Young people can drop in and out, with various dates available throughout the summer hols and then regular Tuesday 330pm till 6pm in September - until Sunday

Our Black History Month film season is back.

Returning for its third year, Broadway's Black History Month film festival will run from the 3rd to the 16th of October and feature an inspirational lineup of film including BlackKklansman, Purple Rain and Dreamgirls.

There will also be special Kids Club screenings of Space Jam, Spiderman into the Spiderverse and the 2014 remake of Annie, with tickets just £1.75.

PPS: Save the date for the upcoming Halloween Film Festival

Visit Broadway Cinema for a spppoooooky selection of films this Halloween.

This October we have a Halloween season featuring the frightening and mysterious.

We are showing one of the greatest Halloween films of all time- The Exorcist. There's Jordan Peele's Us, Bram Stoker's Dracula, Christine, Poltergeist, The Lost Boys and Mandy.

For little monsters we will have ghostly family film Casper and it wouldn't be Halloween without Hocus Pocus.

At our October half-term Kids Club we will be screening The House of Magic, SCOOB!, Enchanted, Raya and the Last Dragon, Wolfwalkers, The Addams Family 2, and Monster House.

You can trust Letchworth Nub News

Nub News is a good-news newspaper you can trust.

Why not revist some popular North Herts events Nub News has covered this summer.

Letchworth Nub News is a good-news newspaper you can trust

You can trust Letchworth Nub News.

Herts County Council offers Letchworth residents the chance to claim free trees which will see 100,000 trees given out